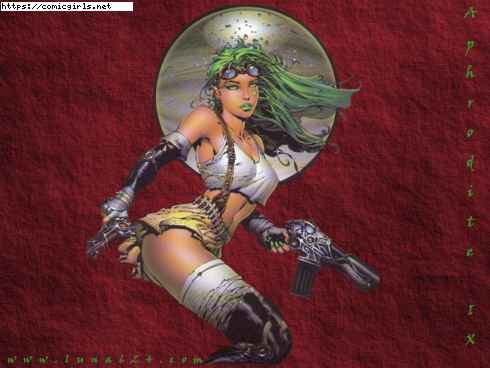 Aphrodite IX is a strikingly beautiful self-aware android designed to "be" human in order to carry out undercover missions of infiltration and assassination. Although she has been "trained" to kill (her synthetic brain learns like an organic brain and does not require traditional programming), Aphrodite IX retains no memory of her actions; her brain is designed to experience an episode of amnesia at the end of each mission, apparently to protect her masters if not herself. This leads to ongoing confusion about what she does and for whom, exacerbated by subsequent episodes of amnesia. Although she becomes aware that she is intended as a killing machine (capable of taking out a single high security target or destroying a squad of armored government soldiers singlehandedly), she finds the idea increasingly distasteful and experiences dreams and desires like a human.