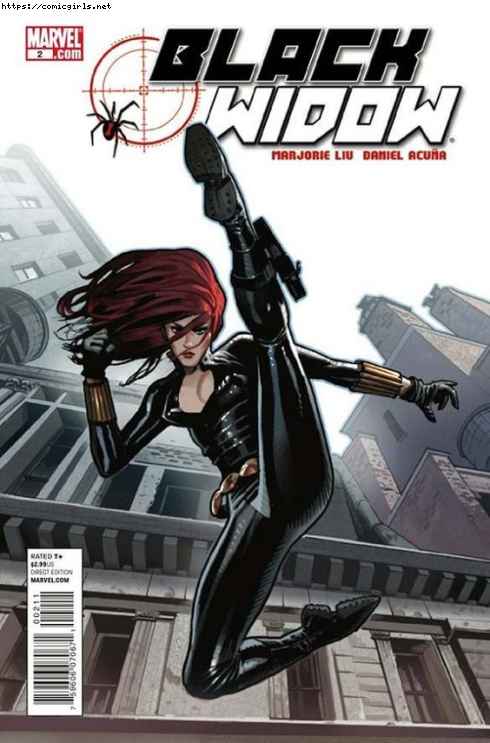 Black Widow (Natalia Romanova, also known as Natasha Romanoff) is a fictional character â€“ a secret agent in the Marvel Comics Universe. She was created by writers Stan Lee and Don Rico and artist Don Heck, and first appeared in Tales of Suspense #52 (April 1964).

Black Widow will be featured in the upcoming 2010 Iron Man sequel, Iron Man 2, where she will be played by Scarlett Johansson. She will also debut in her own ongoing title in April 2010. The series will be written by Marjorie Liu and drawn by Daniel Acuna
Source: wikipedia.org