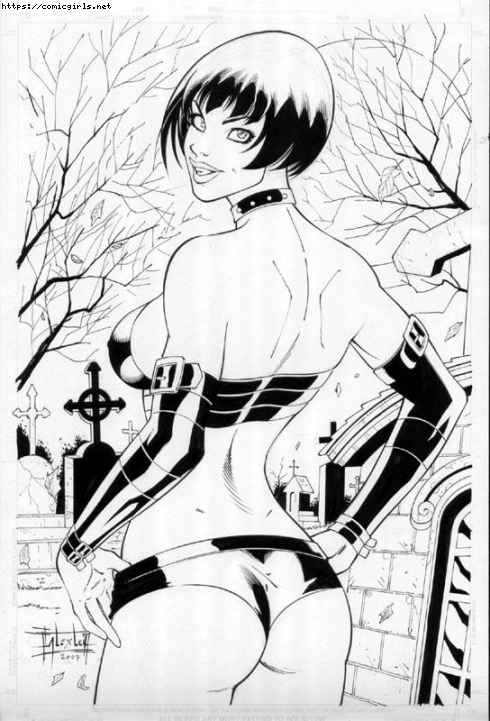 In 1976, teenager Chastity Marks was an American runaway living in London. Punk rock was all the rage, and Chastity was soon running errands for a local band. One night while on the job she was attacked by a vampire. She escaped, but not with her life: Chastity was now a vampire, but with a twist. To the rest of the vampire world, she was completely undetectable.

Today, Chastity works freelance for the Cabal, a secret society of vampires, werewolves, and witches who rule over the monster underworld. As strong as ten men and a master martial artist, Chastity serves (on her terms) as the Cabal's most efficient and merciless assassin, all the while trying to live a normal life! It is NOT easy...