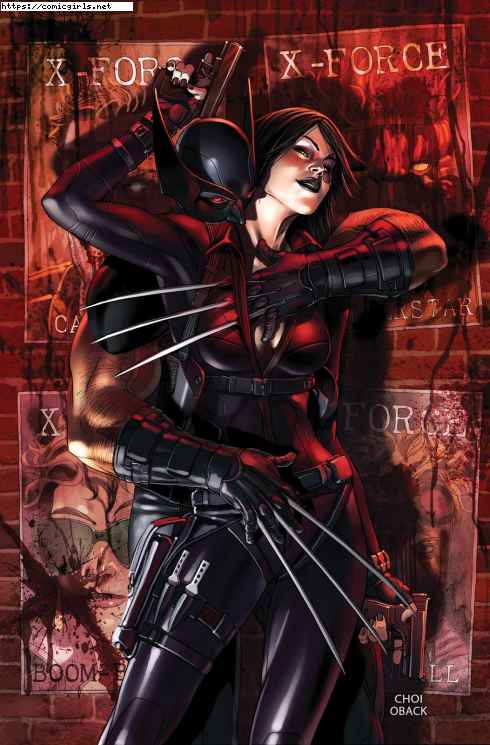 Domino (Neena Thurman)
Neena was one of many children born to the U.S. government’s Project: Armageddon, designed to genetically engineer the perfect weapon using a precognitive mutant named Beatrice. One of only two survivors from numerous attempts, Neena was stolen away by Beatrice’s cult, the Armajesuits, and delivered to a Chicago priest, remaining in his care until her own mutant powers manifested.
Neena forged a distinguished career in many fields of covert activity, both as an agent of various organizations and governments, and as a freelance mercenary. Early on Domino was assigned to bodyguard Milo Thurman - a prodigy in predicting world events. She and Thurman fell in love and eventually married, and he coined her nickname “Domino.” Their relationship was short-lived, however, as a raid by A.I.M. forced Thurman into even deeper government cover, and his superiors told him that Domino had been killed. Domino joined the mercenary Six Pack, meeting Cable and forging a lasting and often intimate friendship. Domino was once captured by the arms dealer Tolliver, secretly Cable’s estranged son Tyler, who had one of his agents impersonate Domino in Cable’s new strike-team X-Force. Cable ultimately freed her and she came to aid him in his role as X-Force’s leader.
Source: wikipedia.org