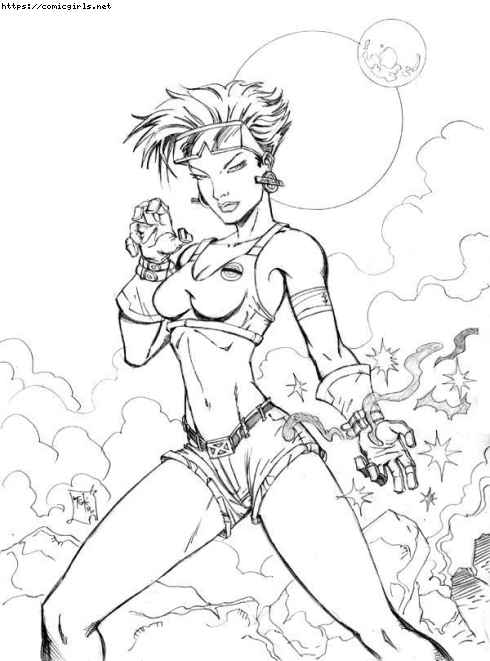 Jubilation "Jubilee" Lee is a fictional character, a Marvel Comics superheroine associated with the X-Men. Created by writer Chris Claremont and artist Marc Silvestri, she first appeared in Uncanny X-Men #244 (May, 1989)

A mutant, Jubilee had the superhuman power to generate "fireworks" of explosive plasma. A teenage "mall rat," she was the X-Men's youngest member in the early 1990s, often playing sidekick to Wolverine. She eventually joined the junior team Generation X. She was a prominent character in the 1990s-era X-Men animated series. In late 2004, Marvel launched a self-titled series for Jubilee set in Los Angeles, written by Robert Kirkman and covers by Casey Jones; it was canceled after six issues.

Jubilee is one of the depowered mutant characters that has since reappeared using technology-based powers in the latest New Warriors comic series.
Source: wikipedia.org