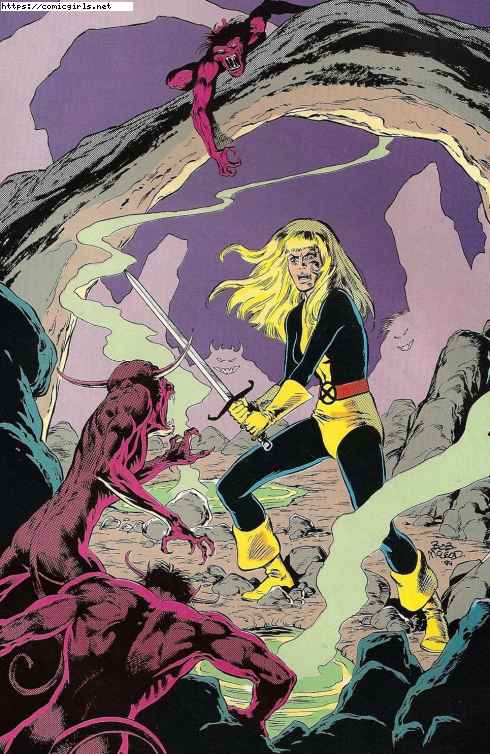 Illyana Nikolievna Rasputina - typically anglicized to Rasputin) is a Marvel Comics character, associated with the X-Men. Created by writer Len Wein and artist Dave Cockrum, she first appeared in Giant-Size X-Men #1 (May 1975).

She is the younger sister of the Russian X-Man Colossus. In the 1983 limited series Magik (Illyana and Storm), she aged seven years while in a paranormal dimension called Limbo, became a sorceress, and developed the mutant ability to create "teleportation discs." She then joined the junior team the New Mutants.