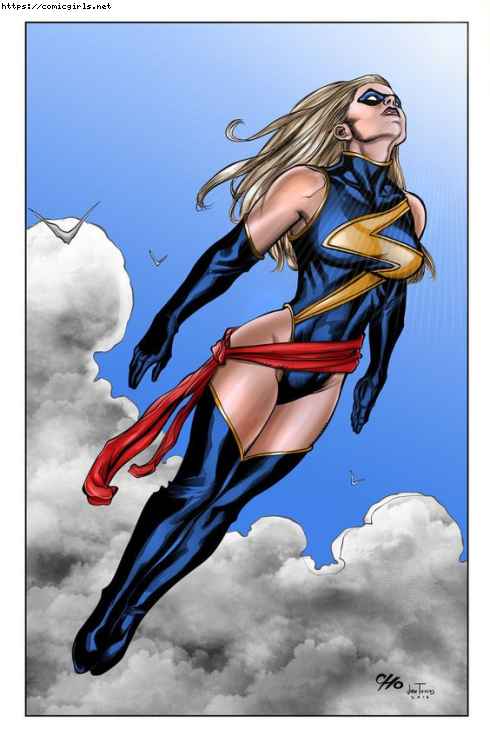 Carol Danvers was a top S.H.I.E.L.D. Agent for years, hiding her superhuman powers from the world. During the Mutant-Human War, Carol fought alongside her S.H.I.E.L.D. comrades but did not reveal her powers for fear of their reaction to her. This prejudice led her to become a spy for Magneto during the darkest days of the war. Following Magneto's victory, Carol was granted an "honorary" status as a mutant hero. Magneto even named her Captain Marvel -- the champion of Mutants and humans around the world. Currently, Captain Marvel is perceived as the most popular super hero in the world despite her lack of mutant genes. Some perceive this as a world rooting for the underdog while others in the mutant community view it as a warning sign. The human race may see Carol's abilities as a sign of hope for themselves, a chance to become something more. Regardless, Carol is reveling in her status as the world's greatest hero - mutant or not.
Source: wikipedia.org