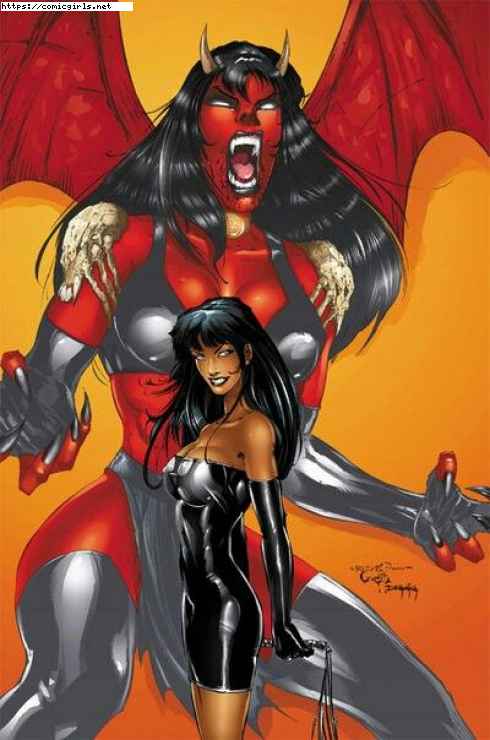 Purgatori was born in Egypt, and raised in the city of Alexandria. Her parentage is unknown, save that she has the blood of the Fallen Angels in her veins. Her human name is Sakkara, and the first solid facts about her life originate from when she was a slavegirl in Alexandria. Sakkara's life was harsh and brutal. Her job was to grind corn all day under the savage desert sun, and she was constantly whipped by the brutish male guards.

She saw Rath, an ancient Celtic vampire and wanted to gain immortality for her revenge against her beloved queen; he wanted a weapon to help him turn man from the civilised path, a weapon that could destroy civilisations and turn men back to the wild ways that Rath still advocated. She gained immortality by becoming a vampire. As Rath's power-laden blood mixed with her own, it combined with the strange blood of the Fallen Angels within her, and transformed her into a creature that was unique in the cosmos; a creature with blood red skin, horns, glowing white eyes, and wings.